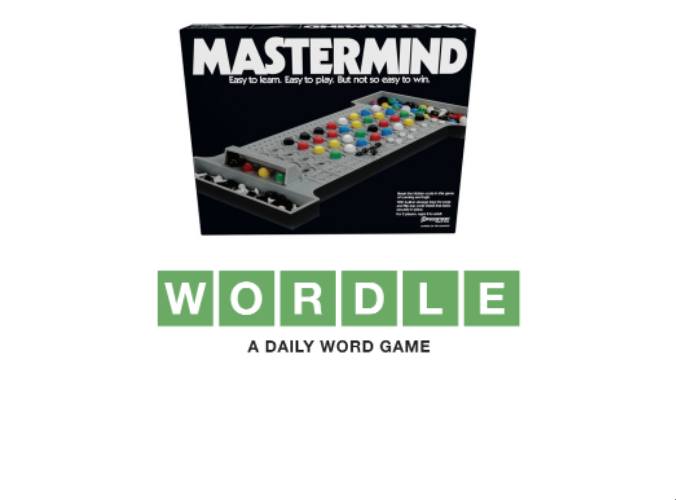 Wordle. The hit word guessing game. You get six guesses to get all of the letters in the five-letter word correct. Sounds simple right? No way.

There are thousands of words in the Wordle dictionary. People have taken this game to the extreme, exercising their math degrees to run algorithms to determine the best starting word. Some people play it for speed, getting it in under three seconds. And some just play it every morning to start their day.  Wordle has risen to popularity because it is such a fun way to start your day. It is up there with drinking your coffee, eating your breakfast and brushing your teeth.

This game’s concept is genius but not new. The first recorded game like wordle where characters are either in the sequence but in the wrong spot or in the word and the right spot is called Bulls and Cows played on paper. The first digital version was called MOO made on Cambridge University’s Titan computer system.

The concept went mainstream in 1972 when the popular board game MasterMind was made. This game has two players. One is a code maker and one is a codebreaker. The code maker chooses a sequence of four colors or blanks to fool their opponent. This game has been around for 50 years and is still fun today.

Wordle is very popular in Dobbs Ferry Middle School. Here is what 6th grader Jonah Bass thinks about it, “It is a fun game that is good to do when you walk in the door.” That’s why Wordle is a day-starter, a game, endless enjoyment and best of all, I got it in two today!